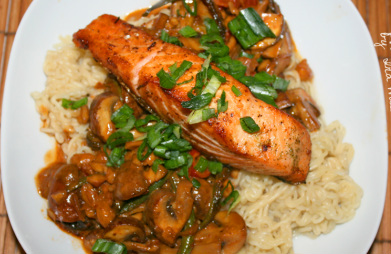 Your catch has been vacuum packed, frozen and wax-boxed at a very high price. Seals will break during shipping or storage. Try to minimize the shuffling of the fish and organize it for easy selection. Some packages will have lost their seal, try to enjoy those packages first.

Kim's Salmon - Skin and remove pin bones in the fillets. Soak in milk and Johnny's salmon seafood seasoning for about 30 minutes. Coat with garlic & herb bread crumbs and fry in olive oil.

Directions: Combine all dry ingredients in small bowl, stir in 1 Tbsp. of olive oil to make a paste. Spread the paste all over the skinned salmon fillets, set aside for 30 minutes. Heat remaining 2 Tbsp. of olive oil, stir in onion and cook until tender. Heat a separate non-stick skillet over medium-high heat. Cook salmon fillets until golden brown on each side. Pour browned onions over salmon and serve. 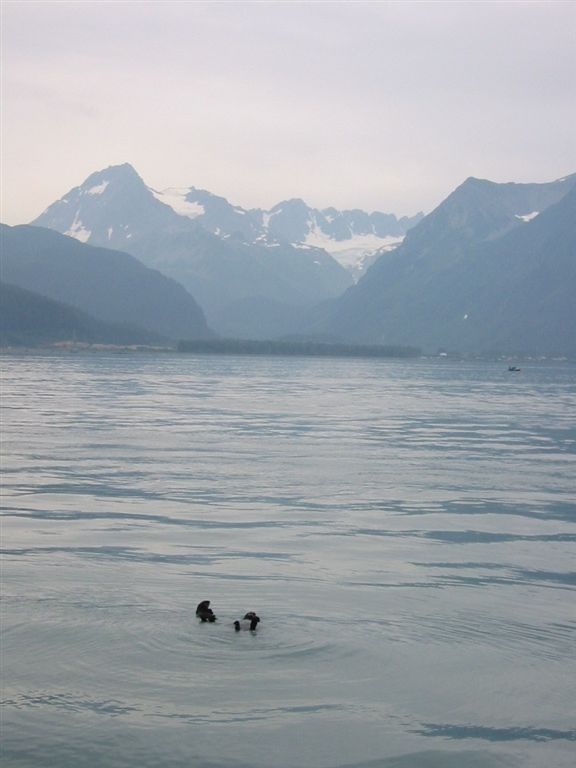 The end of motion-sickness?

Commander A.M. Steinman, Special Medical Operations Branch, U.S. Coast Guard, wrote a very interesting article on the subject of seasickness of the January 19R80 issue of "On Scene - The National Maritime SAR Review." A partially edited reprinting is presented here because of its potential value to all fisherman.

Everyone has experienced seasickness at some time in his life and most agree that little else makes you feel as bad. The pale, cold-sweaty, drowsy nausea that accompanies the unrelenting dry heaves can really put a damper on a fishing trip. Although the common remedies such as fresh air, soda crackers, watching the horizon and sucking lemons may work for a while, eventually the seasickness wins out. Modern medicines like Dramamine or Meclizine are only partially effective and both have some side effects that can leave your feeling drowsy. But an end to seasickness may be on the way.

Recent medical research has shown that a combination of two common drugs is by far the most effective treatment available in preventing seasickness and no apparent side effects were observed. Operation trials on the Coast Guard air and boat crewman riding a 44-foot vessel in rough seas showed Navy and Air Force personnel showed the same results and the medication worked much better than either Dramamine or Meclizine.

The two drugs work together so well (neither of which works by itself) are called Promethazine (an antihistamine, commonly called Phenergan ) and Suphedrine (a common decongestant). Coast Guard personnel took the combination of the two drugs as recommended, two hours before getting underway. The recommended dosage is 25mg. each 2 hours prior to departure and then every 6 hours thereafter.

Although taking any medication unnecessarily should be avoided, this may be a case where it is better to take the medication preventatively rather than be incapacitated by seasickness on the trip. For further information about anti-motion sickness medication, contact Dr. Alan Steinman, Commandant U.S. Coast Guard, Washing D.C. 20593. This article reprinted from the University of California Marine Extension Program Newsletter.

(Please consult your Doctor prior to taking any medicine)